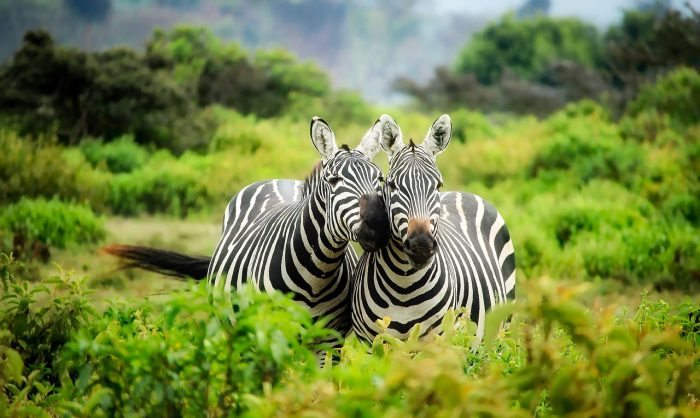 Zebras reproduce by the male impregnating the female, resulting in the birth of one to two foals within 360 to 390 days. Zebras do not have a set breeding schedule and can give birth any time during the year with the most recorded births being in January.

Zebras live in herds that include one male, many females and their offspring. After giving birth, female zebras nurse their young until maturity, between 16 and 18 months old. Only about half of the offspring will reach adulthood since the young zebras are susceptible to predatory attacks. The male zebras that do survive establish their own herds at 18 months.