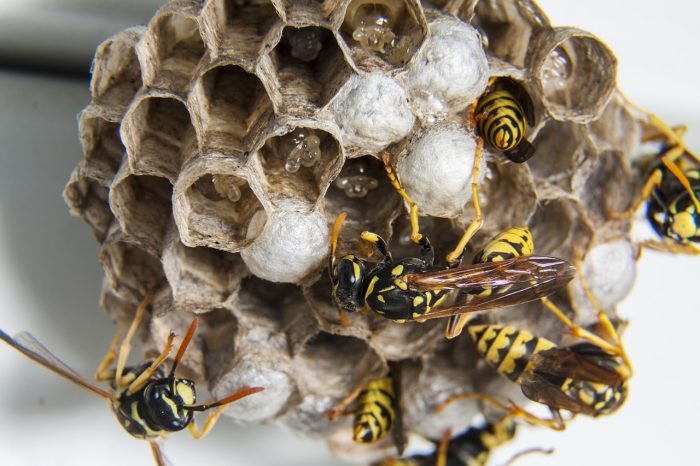 Wasps live in papery nests that they build themselves out of pulp. They make the pulp by chewing up small bits of wood.

Wasps live all over the world. There are species on every continent except for Antarctica. They are among the most diverse insect creatures in the world, with over 200,000 different known species. They are found in almost all climate zones. Different species can reside in polar, tropical, temperate and terrestrial habitats.