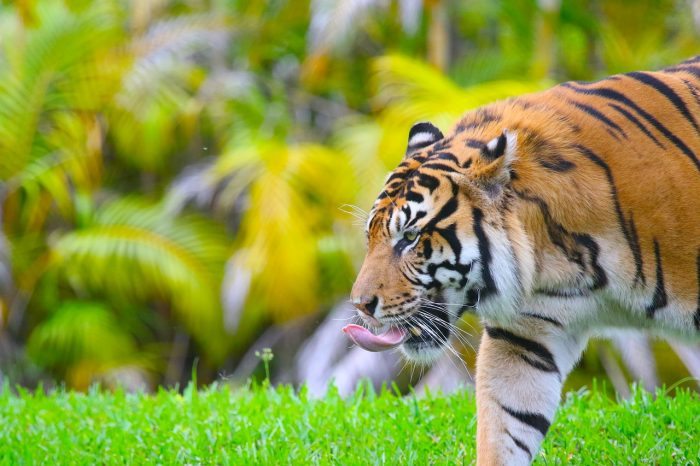 The majority of a wild tiger’s diet consist mostly of the meat of large-bodied prey that includes moose, buffalo, deer, wild boar, horse, cows and goats. In certain situations, tigers may also eat termites or prey on large animals and other carnivores, such as elephant and rhinoceros calves, leopards and certain species of bears.

Tigers are the largest members of the cat family, and they can be found in Asiatic countries, Turkey and Russia. When hunting for prey, tigers rely mostly on their keen sense of sight, stalking their prey before pouncing on it for the kill. While livestock and humans are not on a tiger’s regular menu, old and injured tigers may occasionally prey on humans and livestock since they are relatively easier prey.