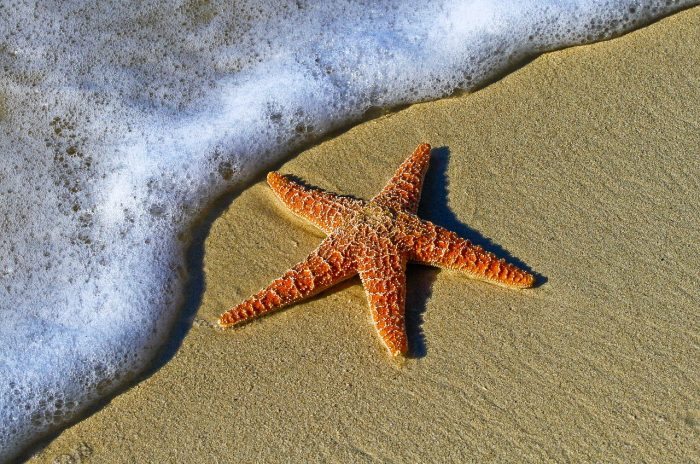 Starfish eat an omnivorous diet consisting of sea urchins, worms, oysters, clams and crustaceans. To digest prey, the starfish has two stomachs: one that starts digesting the food and the other that expands outside the starfish’s body to engulf the prey. This ability to digest food outside its body allows the starfish to hunt for prey that is larger than its mouth.

Starfish are found throughout the world in every ocean, and one starfish releases as many as 2 million eggs at once. Starfish can be found in shallow to deep coastal waters, and their main predators are sharks, rays and fish.

Incredibly, the starfish is capable of regenerating itself as long as a portion of a torn limb remains. It has no skeleton or blood, but uses a system of seawater to help it move.