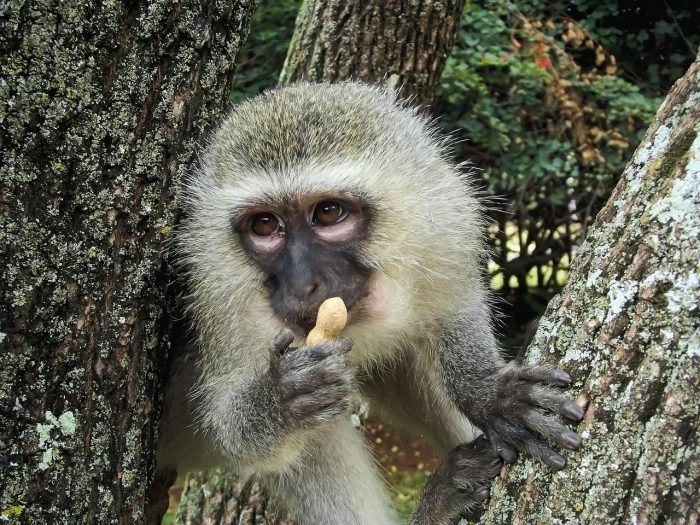 Old World monkeys refer to monkeys found in Central Africa and Asia while New World monkeys pertain to monkey species found in Mexico, and Central and South America. Prehensile tails are physical adaptations found in New World monkeys such as spider monkeys and gibbons, which acts as an extra limb to keep their hands free while foraging for food. Cheek pouches allow Old World Monkeys to store extra food within their mouths that they can eat later.