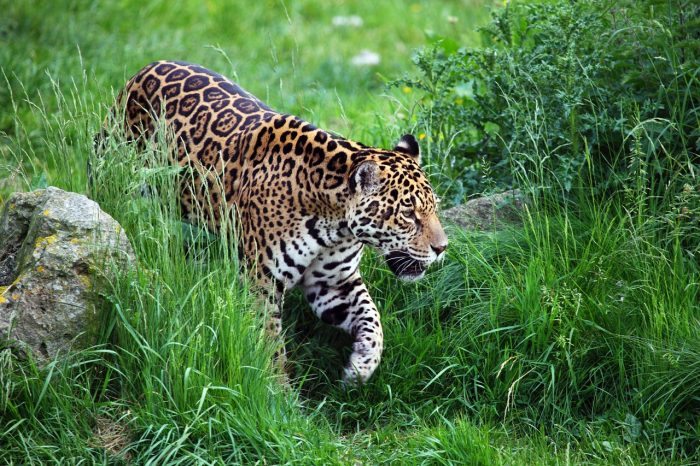 Jaguars are solitary carnivores, which means that they hunt for prey and hunt alone. They tend to hunt on the ground, but they sometimes pounce from trees. They are often active during the day and prefer to hunt around dusk or dawn. Unlike other cat species, they swiftly kill their prey with a powerful bite to the skull.

Sometimes, jaguars hunt cattle, sheep and horses living on ranches, which makes them problematic to ranches. Although they are a protected species, some ranchers shoot jaguars that threaten their cattle.