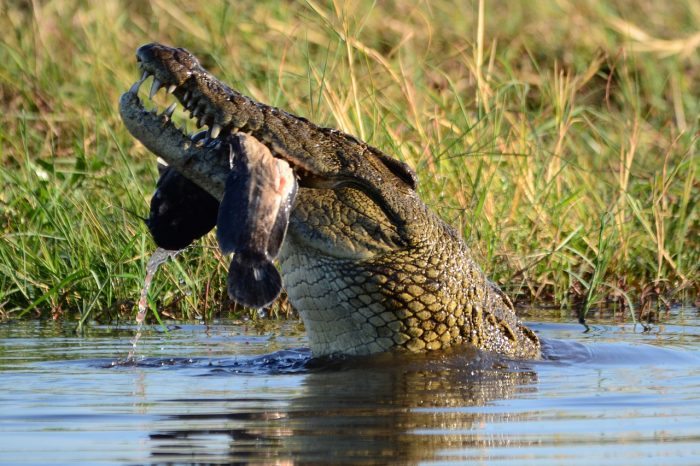 Crocodiles are carnivorous, ambush predators and, depending on their size and species, they eat everything from fish and crustaceans to large mammals. Weighing between 500 and 1650 lbs., the Nile crocodile is the largest African crocodile and approximately 200 humans fall victim to its attacks per year.

Crocodiles mainly eat fish, but anything that shares its habitat is considered the crocodile’s prey. They feed on zebras, hippos, porcupines, scavenge carrion and even other crocodiles. The Nile crocodile can eat up to 50 percent of its own body weight at one time. A full grown Nile crocodile is about 16 feet long and can live 45 years on average in the wild.