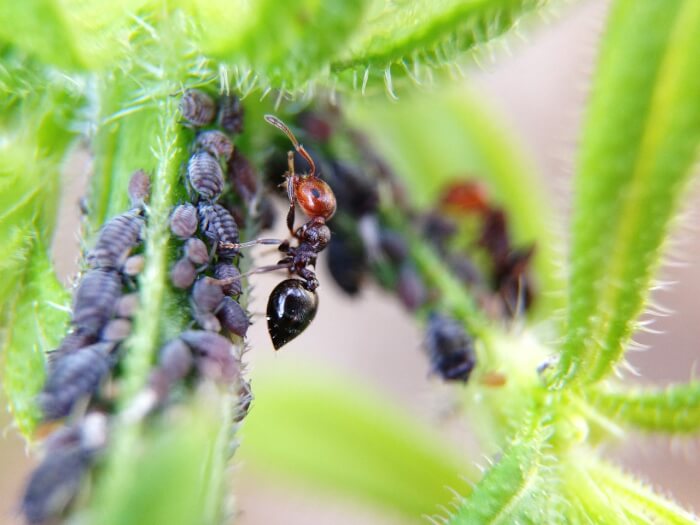 Ants are omnivores that can feed on both plant life, such as leaves, as well as other animals, such as reptiles, birds or small animals. Ants, specifically fire ants, can also feed on other insects, such as ticks and boll weevils. Fire ants have also been known to feed on nectars produced by plants.

Aphids, whiteflies, scale insects and mealybugs are known to excrete honeydew, which can be consumed by ants. Rather than eating these insects, ants often help to protect them from other predators so that they can properly produce the honeydew that the ants seek. Ants do attack these insects if they are weak or diseased, but in the interest of maintaining the bug population.

Puppies Sliding is Cutest Thing Ever