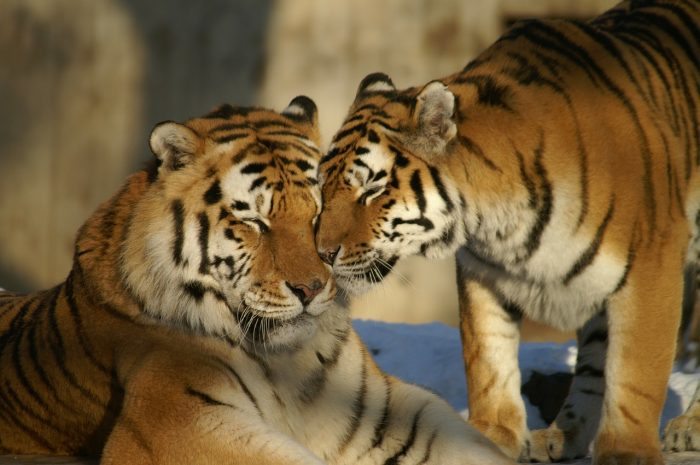 Tigers reproduce sexually, with female tigers usually giving birth to several offspring at a time. Tigers are generally solitary creatures, only socializing with the opposite species during mating seasons.

Sexual maturity occurs earlier in female tigers compared to their male counterparts. Tigresses enter into an estrus, or heat period, at the age of 3 to 4 years while male tigers become sexually mature 4 to 5 years after birth. When females become receptive to mating, they discharge a characteristic odorous urine to mark their territories. Female tigers are also known to produce distinctive sounds to entice potential mates.

Tigers participate in a pre-mating ritual by vocalizing or circling each other. Intercourse occurs multiple times within a span of 5 to 6 days. Successful breeding requires a gestation period of approximately 103 days. Typically, tiger births involve a litter size of three to four cubs.

Can Cats Really Talk to Each Other?