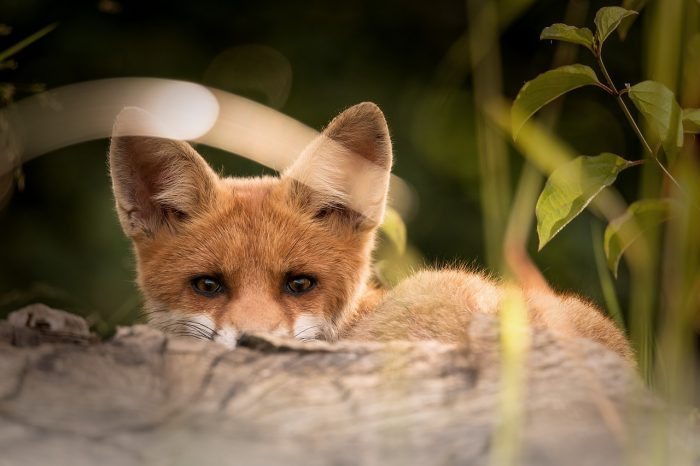 Natural predators for foxes include larger mammals such as coyotes, bears and mountain lions, and very young foxes may also fall prey to eagles. Humans also pose a substantial threat to foxes due to the popularity of fox hunting. Foxes are also hunted for their fur.

Foxes typically hide from predators by creating burrows under the ground and also use their climbing and camouflage skills to evade larger animals. Two species of fox, the Fennec and Arctic foxes, have been hunted to near extinction and are both on the International Union for Conservation of Nature and Natural Resources list as threatened species.