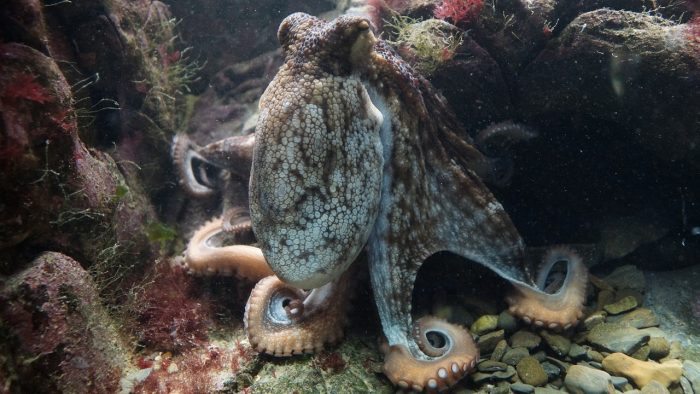 Octopus mating is a one-time occurrence for each octopus since the male dies within months of finding a mate and the female dies shortly after the eggs are laid. The female can lay up to 200,000 eggs at once but only about 1/3 survive to adulthood.