The octopus is a very smart creature and is considered the most intelligent of all invertebrates.  They can solve problems such as removing a lid from a container and even mimic the shape of other animals.  Not very very long ago it was also discovered that they can use tools, specifically shells to build a mobile home, of sorts. 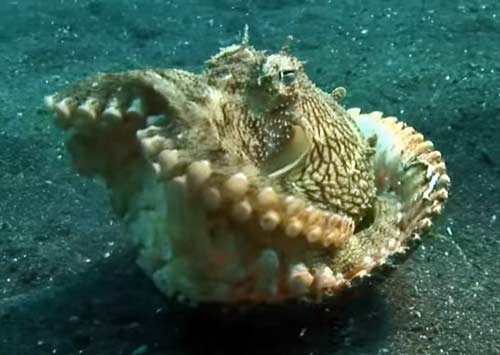 The use of the shells is considered a tool since the octopus is purposely collecting the shell to use for a future purpose or need. Watch the video below to see one in action:

How Do Octopuses Mate and Reproduce?

What Are Some Interesting Facts About The Octopus?