Newts are part of the Salamander (Salamandridae) family. Newts are commonly used to describe salamanders that live most of the year on land.  In addition, newts have a rougher skin texture than salamanders and have tails in the shape of paddles.

Finally, the newt is famously mentioned in Monty Python’s Holy Grail movie during a scene where a peasant claims to have been turned into a newt by a witch:

Peasant: “She turned me in to a newt!”
Sir Bedivere: “A newt???”
Peasant: “Well I got better…”
-Monty Python and the Holy Grail 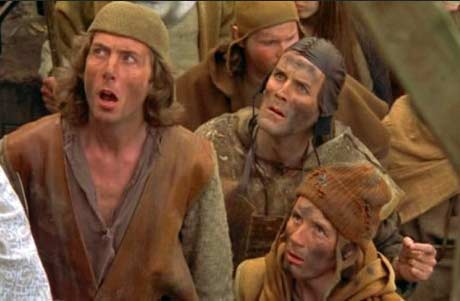