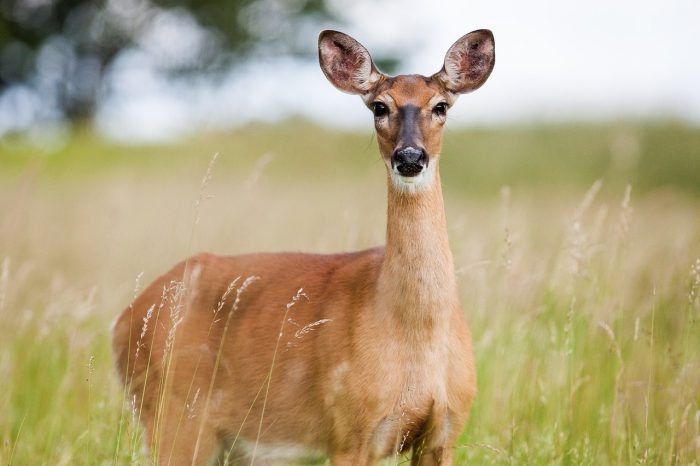 When deer reach reproductive maturity, males compete with each other to mate with females that are in estrus during the breeding season, which takes place in the fall. Fawns are usually born in the spring.

Male deer usually reach sexual maturity at around two years old. Female deer start mating younger and can start reproducing as early as seven months old. Deer reproduce once per year during the breeding season, which takes place sometime between October and December, depending on the species.

The reproductive season is known as the “rut.” During the rut, testosterone in male deer increases, causing their antlers to grow and their libidos to increase. Female deer go into estrus around the same time. They go into heat for short periods of around 24 hours. During the rut period, males fight with other males to mate with females in heat. The males of some species also roar to attract females.