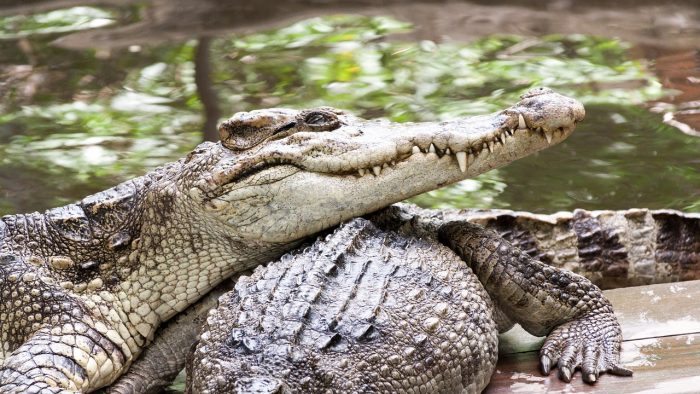 After a courtship ritual that involves submissive displays, vocalizations and rubbing of snouts, crocodiles mate in the water, and then the female lays 13 to 20 eggs that incubate for around 75 to 85 days. Depending on the species, the eggs may be laid in mound nests that the crocodile constructs using vegetation or in holes that the crocodile excavates in the sand.

Because the embryos of the crocodile lack sex chromosomes, the sex of each baby crocodile hatchling is determined by temperature. At 86 degrees, the crocodiles are males, while females are hatched at 88 degrees F. Hatchings are equipped with an egg tooth that helps them to break their way out of their shells.